Is it any wonder that in a get it done yesterday, Red Bull, deadline driven world a lot of people have mild to moderate levels of anxiety, stress, and trouble sleeping?  That’s why people are looking for natural methods of calming the central nervous system and getting a good nights sleep without the side effects of prescription medication.  And there are a lot of herbal products vying to be your choice to chill out.  We’re going to take a look at some of the more popular and efficacious supplements out there.

Kava – Kava has been shown through numerous studies and substantial research to be a proven product to reduce anxiety. It is a root of a plant from the South Pacific and has been used by Pacific Islanders for medicinal and ceremonial purposes for centuries.  Unlike pharmaceuticals it has been shown to have few if any side effects. The one most commonly mentioned is liver toxicity. A WHO study revealed the small number of cases may have been from using the whole plant and not just the root as well as using solvents to extract the kavalactones. (WebMD article) There is no statistically higher occurrence of liver toxicity in the South Pacific where it is common and water is used to extract kavalactones from the root only. If you have liver issues you probably shouldn’t take kava and it may interact with alcohol and some medications. The active ingredients are kavalactones. These are freed from the powdered Kava root by water. Traditionally it is put in cloth and squeezed in cold water. I’ve tried fresh Kava prepared traditionally in Hawaii and Kava definitely works to calm, relax, and numb your mouth! 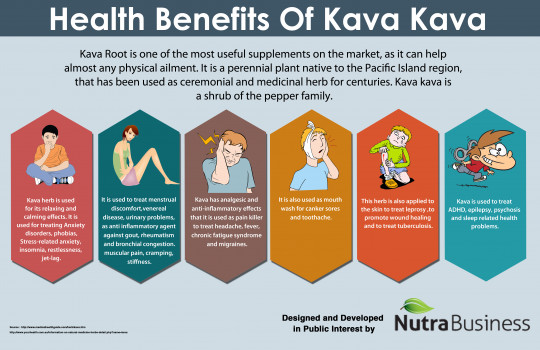 The problem with many supplements with Kava is they just lack enough kavalactones to have any effect.  I’ve tried a common tea and felt nothing.  Likewise just taking ground up Kava in a pill will likely have minimal effect.  Some pills do contain a more concentrated extract of kavalactones.

If you’re looking for a natural product that has research behind it to relieve anxiety, depression, and help you relax and sleep, then maybe Kava is worth a try.

GABA – This has been variously described as very potent and ineffectual due to the inability to cross the blood brain barrier. GABA (gamma-aminobutyric acid), is a neurotransmitter that’s purpose is to inhibit or reduce the activity of the neurons or nerve cells (Study). This means many people believe taking GABA can reduce anxiety and instill a sense of calm.

Some research indicates ingesting GABA supplements may not make it’s way to the brain the same way that prescription gabapentin can.  The jury is still out on this one as numerous studies have shown that taking GABA can influence mood, brain waves, and reduces anxiety. This is the best summary of the issue.  I have friends who swear by it and I have tried over the counter GABA and found it mild, but effective.

Valerian – Valerian is most commonly used for sleep disorders, especially insomnia.  Some people who are trying to withdraw from prescription sleeping pills use valerian to bridge the gap and return to normal sleep patterns. There is some scientific evidence that valerian works for sleep disorders, although not all studies are positive.  It has been used for almost two thousand years as a sleep and relaxation aid with little side effects.  I found it’s effect mild, but sedating with no aftereffects.

There are other herbal supplements thought to assist sleep, relaxation, and have a calming effect. Please let us know if you want us to review anything! These are just the ones we have personal experience with and are the most common supplements for inducing a calm state and aiding sleep.

Free shipping on orders over $25

About the Author: Steve

After doing the corporate deal for thirty years I decided to look after what's really important, my health and that of my friends and family. People (including my Mom) had told me about the importance of supplements so I started looking into them. I was a little cautious about them so decided with Sean to research everything, buy quality ingredients, and offer great products to friends. I may be getting older but it's better than the alternative and why not do it in the best health I can?. Living in Hawaii lends itself to great outdoor exercise like scuba diving, surfing, hiking, and biking. Let us know what makes you motivated to stay in good health!